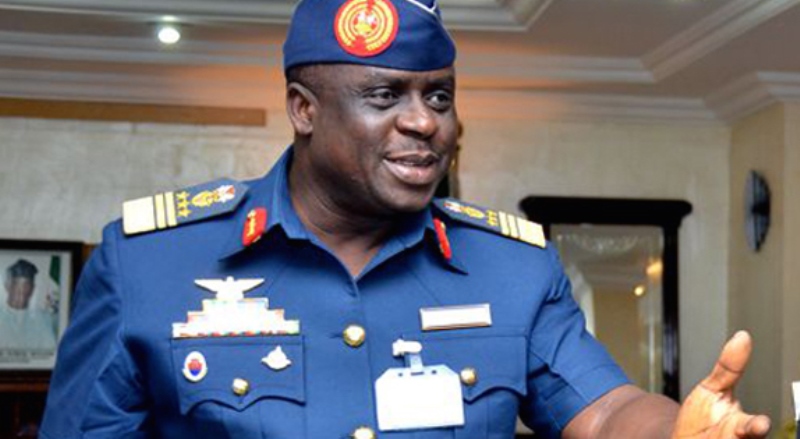 Following the tumultuous manslaughter that has characterized the Northeastern part of Nigeria and the reaction by the country’s military to these acts of terrorism, it’s no wonder so many stones are being upturned by the present administration to curb the incidences of terrorist attacks across the country with the far Northeasterner State of Borno being at the forefront of it.

This development led to thorough investigations by the Economic and Financial Crimes Commissions (EFCC) into the activities of the military and their bosses in the various arms. After the scandal that followed the arrest of a former National Security Adviser, Sambo Dasuki, the Nigerian Air Force was not left out as the former Chief of Air Staff, Air Marshal Adesola Amosu (Rtd.) on January 27, 2016, was arrested and detained by the EFCC over allegations of corruption in arms procurement during his tenure as Chief of Air Staff.

Amosu who was appointed by former President Goodluck Jonathan served as the Chief of Air Staff (CAS) between 2014 to 2015, a period that was heralded by the activities of the dreaded Boko Haram terrorist group thus leading to the increase in combat activities for the Nigerian Air Force for which arms had to be procured for effective Air support combat activities. SecretReporters learned from sources that the CAS leveraged on this situation and allegedly used the guise of arms procurement to illegally divert funds meant for the Nigerian Air Force up to the tune of N21Billion into his private pocket.

Further investigations also revealed properties purchased between July 17 to September 16, 2014, like houses at 50-52 Tenterden Grove, London(NWA 1TH) and at 93B Shirehall Park, London(NW4 2QU), United Kingdom with various vehicles linked to the officers who brazenly filled a countersuit against the EFCC claiming that the said monies were gotten from their businesses and not from illegal activities despite fully aware that the Nigerian military does not allow for its personnel to engage in any form of business while on active duty other than farm work.

A source within the commission also revealed that most of the illegally acquired properties belonging to EX-NAF Chief including about N381m traced from the account of the Nigerian Air Force to the bank accounts of a company of which Mrs Omolara Amosu, the wife of the CAS is a director and also a signatory to the accounts has been seized.

Amosu is also accused among other things of misappropriation, fraud, money laundering and stealing especially as regards the procurement of two-second hand Mi-24V Helicopters instead of the recommended Mi-35M series at $136.9M. The helicopters were alleged to not be operationally airworthy at the time of delivery while the brand new unit of such helicopters cost about $30M with the outstanding sum of $106.9M about N38Billion Naira unaccounted for.

Four years on, judgment is yet to be served on Amosu who during his trial filled a “Motion on Notice” seeking the temporary release of his international passport to allow him to travel out of the country on medical grounds.