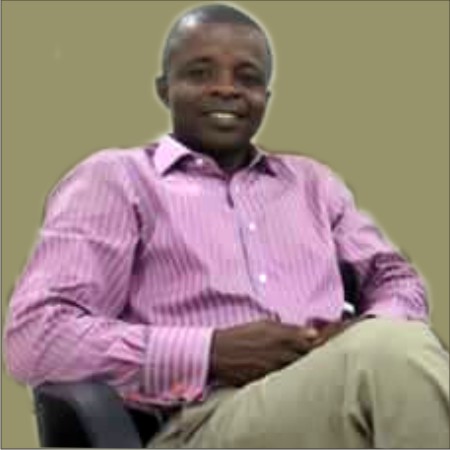 AVENGERS AND THE CIRCLE OF CHAOS

The sudden threat to resume hostilities in the Niger Delta region by Niger Delta Avengers should be to all a reality to worry about. The reason is simple. if such outing which they promised will be brutal, brutish and bloody is allowed, it will again portray us as a nation that has not learned any useful lesson from history and as well, marks the commencement of another vicious circle of chaos.

As a people, we have traveled one part too many. We have journeyed through a part consistently without result. Yet, we have refused to make a detour. As a nation, we have traveled to the southeastern part to watch the python dance. To the south- south to witness the ugly crocodile smile. And the recent episode of these drama series Code named: “Operation Octopus grip” as declared by the Nigerian Navy in the  Niger Delta region.

All these ‘dances, smiles and grips’ shares but a common outcome called chaos. They have a  way of leaving in their trails sorrows, tears and blood. The recent unprovoked invasion of the peaceful Ajakurama Community in Edo State in a drill code-named; Operation Crocodile Smile 11, bears eloquent testimony to this fact.

Despite all these unpalatable signals and feedbacks from the targeted ‘beneficiaries’ of these operations, our nation’s handlers have not deemed it necessary to appraise the entire process in order to situate if the strategy is achieving the premeditated result.  But instead, we  have pushed on, focusing on trivial concerns while forgetting to address the fundamental issues. Now, this systematic abandonment has succeeded in giving birth to the Avengers declaration which if handled with levity may plunder our nascent economic space into a more chaotic situation.

One point our military and the federal government fails to remember when opting for the military grill is that, when soldiers are long in the field, the resources of the state is depleted.

These endless operations coupled with  maybe a  decision to go after the Niger Delta Avengers may further  deplete our nation’s socioeconomic resources. Hence, it is my objective opinion that the hour has come for us as a nation to seek real victory  via dialogue and not through conquest .

To illustrate this position further, the Ijaw Youths Council(IYC)  recently in a release stated that the  Government is in need of money to carry out its programmes in the Niger Delta region. Even the N2b initial grant to the Maritime University at Okerenkoko for the school to commence academic activities in October last month has not been released. If the military has so much money to waste, why can’t it assist the Government in carrying out those projects?

This statement portrays a group that is development hungry and want to see resources channeled to development-oriented projects and not military drills. Expecting victory through military operation will remain elusive as history bears exemplified testimonies.

Again, I am well aware that the Nigerian military as an institution has public relations units or departments that function prominently in information dissemination. This is commendable but looking at PR as a practice, what is expected of this good office is much more than mere press statements.

A glance through the Mexican statement postulation on PR will  reveal that it involves analyzing trends, predicting their consequences, counseling organization leaders, and implementing planned programs of action which will serve both the organization and the public’s interest’

The above should be the way to go. It will not be out of place if the military PR units go a step further to monitor and analyze these incessant agitations with the aim of unraveling their root cause and advising both the constituted authorities which may include the federal government accordingly.

Who knows, their findings may also point in the direction of the ceaseless call for the nation restructuring that has refused to abate.

Already, the masses are aware that the asymmetrical posture of our political space is fuelling these agitations and effort to calm the agitators using military drills has resulted in this vicious season of threats.

The above fact has equally made it a worrisome development that a  reputable organization such as the Nigerian Bar Association (NBA) has not been able to make a statement stating their position on this restructuring debacle.  I have not as an individual stumble at, or heard about the Associations’  position on this all-important issue.This is not good for our polity and such silence is to my mind not ‘golden but betrayal’.

Restructuring debate is a constitutional issue given the fact that it was thrown up by the federal system of government as practiced in the country. This fact favours the NBA to be at the forefront of such discourse guiding the nation accordingly. But their loud silence is doing the nation more harm than good as the entire nation has initially looked- up to them at this constitutional trying moment.

But in maintaining this silence,  what our lawyers and others have forgotten is that ‘’the ultimate measure of a man is not where he stands in moments of comfort and convenience, but where he stands at the time of challenge and controversy’’. It is my humble submission that this time is auspicious for our lawyers to speak up as a body.

Comparatively, the operation of the federal system of government on its own has become a problem not just in Nigeria but the world over. Hence, has become a discourse that we cannot shy aware from.

Very recently, Frank Luntz, an American political pollster talking about the United State’s federal system remarked as follows ‘Federalism is about taking power away from Washington. It’s not about smaller or more limited government. Almost no one I interview cares about the size of government as much as the efficiency, effectiveness, and accountability of government. Americans want to empower states and governors to take a more active role in that governance because they’ve given up on Washington – Trump or no Trump.

This is a statement of fact which we must learn a lesson from.  If federalism is still viewed as work in progress in the United State of America, it will not be out of place if it takes the front burner of our political discourse. It is time to empower our states and made them less Abuja dependents.

Whichever way, no matter how long we live in denial as a nation, the need for restructuring has come to stay and the theatrical dramatization of ‘operations’ by our nation’s military apparatus shall remain a mere distraction.

But to make this piece valid,  it is important to note that to an average Niger Deltan, development of their region is synonymous with fiscal federalism or outright resource control. So, to avert these perennial crises, it is my opinion that time to return the ‘monkey’  to the owner is close at hand. If not, chances are that this vicious circle of chaos may continue.
God Bless Nigeria.
Share