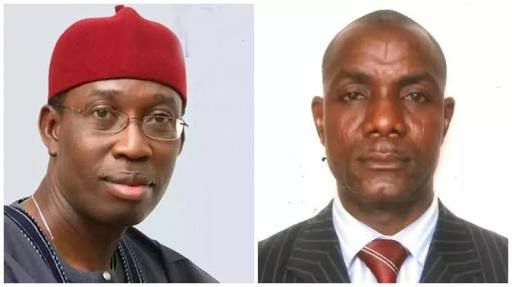 The Executive Assistant to the Delta State Governor, Mr Fred Latimore has dismissed reports by Secret Reporters on Asaba Airport as a “glorified motor park”, while referring to the Airport as constructed to international standard.

In his reply posted on his usual facebook platform, Mr Latimore exalted the construction capabilities of the Airport Contractor, ULO Construction Company to high heavens while flagging off the report as a blackmail and hate speech including allegations of its sponsorship by imaginary elements.

Fact findings by Secret Reporters punctured the claim by the overzealous media aide as flights do not land in the airport daily as fabricated by him. Latimore according to our independent investigation went on a wild goose chase, acting as the Corporate Communications Manager to ULO without available facts to him and to be seen as the most active media aide to the governor.

The Executive Assistant we recall had at various times in the past called the Asaba Airport a conduit pipe by the Governor to steal public funds. His claim to calling the Editor-In-Chief of Secret Reporters to “realize that balance reports is an essential integral part of investigative Journalism” to plead with the news medium to stop any negative report about anyone in Governor Ifeanyi Okowa’s government, admitting the ability of this newspaper to get information concerning the state with a snap of the finger.

Mr Latimore who parades himself as a PhD holder and always adding the appellation of ‘Dr’ to his name in order to bamboozle ignorant Deltans and blackmail politicians in Delta State into listening to him, we can authoritatively report has no PhD from any known university in the world. His closest to wearing the toga of the Doctorate robe was through a week Christian programme in 2012 titled ‘Word of Power’, where he was given a participant certificate which he has since held on to as an academic degree.

Secret Reporters maintains that the Asaba Airport is not of international standard and the control tower which is still under construction was built with hollow blocks, which will result in several death should it collapse anytime soon.

Previous CRIMINALS WITHOUT REPENTANCE: HOW BUHARI’S CHIEF OF STAFF AND MINISTER USE ‘BAMA INITIATIVE’ TO STEAL IDPS’ N48 BILLION
Next THE STINKING GAP BETWEEN POLITICS AND PEOPLE