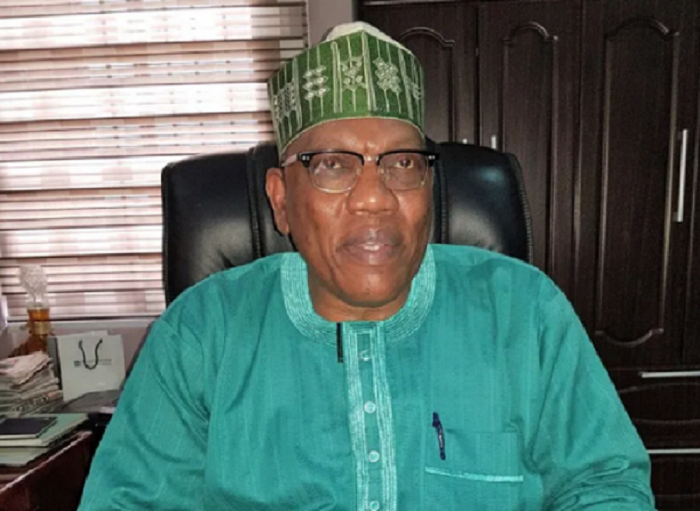 To say that supposed saintly individuals who can barely feed become voracious in looting and pilferage when they are appointed or elected into office might be an understatement when this is brought in tandem with Kenny Martins who has not only shown mastery in brazen display of ill-gotten wealth and frantic mismanagement and misappropriation of state funds but have also mastered the art of exploring judicial and executive loopholes to escape prosecution.

The Police Equipment Trust Fund (PEF) which was conceived with a sincerity of purpose and a vision to consolidate and empower the Nigeria Police Force (NPF) viz a viz the procurement of artilleries and equipment for the upgrading of the force became the Achilles heel for Kenny Martins and his cohorts to milk the nation’s treasury dry leading to the eventual comatose of the Trust.

Kenny Martins, we learned as the defunct chairman of the Police Equipment Trust Fund within a few months allegedly coordinated the withdrawal of N7,740,000,000,000 (Seven Billion Seven Hundred and Forty Million Naira) belonging to the Trust fund along with three other persons: Ibrahim Dumuje, Joni Icheka and Cosmas Okpara from all the 774 local governments councils in the country; proceeds of millions of dollars gotten from the International community financial institutions and other individuals who invested in the project.

While it seemed that the introduction of the Trust fund heralded the dawn of a new and well-equipped Police Force, Kenny Martins, who hitherto was living like an ordinary citizen, was suddenly swimming in affluence upon his appointment as he was likened to “father Christmas” allegedly doling out cash as never been witnessed before. This was evident in his alleged singlehanded sponsorship of a boxing bout, and the lavish wedding of his son where he sunk millions of PETF funds as well as his alleged acquisition of a vessel worth millions of Naira.

His looting spree SecretReporters gathered was iced by the alleged distribution of cars bought in the name of the Nigeria Police Force amongst his friends and other security agencies to indirectly secure insurance against prosecution when his sins are later revealed.

More so, amongst the numerous charges preferred against the businessman cum politician by the Economic and Financial Crimes Commission (EFCC) was that Kenny Martins alongside Ibrahim Dumuje, Joni Icheka, and Cosmas Okpara on or about the 31st day of March 2006 at Corporate Affairs Commission Wuse Zone 5, Abuja conspired amongst themselves to commit a felony to wit: forge documents relating to Corporate Affairs Commission in a bid to fraudulently change the members of the Board of Directors of NIGERSTALG LIMITED, the original partner with the Federal Government on the Police Equipment Fund, and thereby committed an offence punishable under Section 97(1) of the Penal Code, Cap 532 Laws of the Federation Nigerian 1990 (Abuja).

Findings also revealed that apparently confident that he has become a local champion and a professional in dribbling anti-corruption agencies in Nigeria to look away from his malfeasance, Kenny allegedly took his notorious trade outside the shores of the country.

With the N7.74 billion fraud case still unresolved, it was further gathered that Kenny Martins also allegedly used the name of the Police Equipment Trust Fund to defraud an American company, Calvary Group of a jaw-dropping sum of $400,000 (Four Hundred Thousand Dollars) through an illegal representation of the Federal Government to the company which led to the speedy release of the said amount; an act punishable under section one (sub-section 3 and 10) of the Advance Fee Fraud Act 2004.

Between 2007 and 2008, Kenny we also learned entered into series of agreements under false pretence for the Right of Benefit from accessing a loan of $97.5 million equivalent to about N351,000,000,000 (Three Hundred and Fifty-One Billion Naira) from the American Export-Import Bank. He also presented himself as an official of the Federal government for the procurement of $97,800 equivalent to 35,208,000 (Thirty-Five Million Two Hundred and Eight Thousand Naira) from EXIM Bank.

Kenny in exerting his influence to postpone his doomsday perhaps in anticipation of a government which will grant him amnesty from his corrupt practices especially on his alleged embezzlement of a whopping N7.74billion began filing motions and counter-motion appealing to the court to squash all charges preferred against him by the anti-graft agency; a move which was dismissed by the Supreme Court on March 23, 2018, while ordering his re-trial.

Surprisingly, Kenny Martins in an interview probably confirming the allegations against him stated “I believe there should have been a kind of amnesty on corruption. Other countries like Malaysia did it when they wanted to do a turnaround. They called on all the corrupt people and told them to release 60 percent of what they have stolen and take 40 percent and urged them to invest the 40 percent given to them in the country”.

Sadly, almost three years after the order by the Supreme Court for the re-trial of his case, nothing has been heard as there are speculations that the defunct chairman may have greased the palms of principal officers in his prosecution with proceeds from the N7.7 billion.