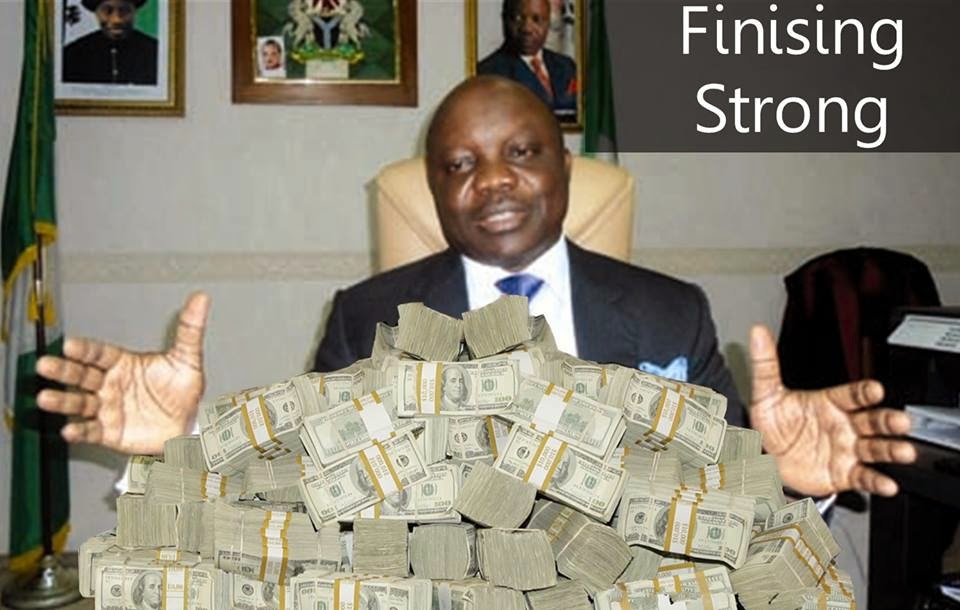 If all goes according to the plans of former Governor Emmanuel Uduaghan of Delta State, he will soon be a prominent political player in the Federal Capital Territory.

This is connected to his recent acquisition of a sprawling mansion in Abuja. According to a very reliable source, the building was unoccupied for some months before Uduaghan purchased it.

We gathered on good authority that the house situated at No 40, Colorado Close, Ministers Hill is just beside Delta State most corrupt Contractor, Uche Okpunor. Okpunor according to our source bought the house for Uduaghan for the eye popping sum of N1.2 billion.

The house which is still undergoing renovation was visited by Secret Reporters on January 3rd 2017 amidst tight security mounted all over the place. Painted white in color, it will cost Uduaghan a rough estimate of 1.5 billion to make the house worthy of his taste.

The money is part of the billions diverted from Delta State under his watch. Uduaghan who feasted on the state’s finances was fond of telling his commissioners that “when Ibori go jail so, any Commissioner follow am?”, sources disclosed to this medium.

With a mansion already in Lagos overlooking the seaside, this will be the ultimate of it all, and the political Mecca of Deltans resident in Abuja and those seeking his political influence and favor.

The humorous former number one Delta citizen is gunning for Delta South Senatorial ticket in 2019, even though he has consistently denied it, as it’s his stock in trade.