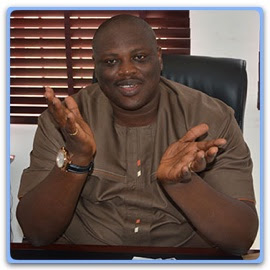 LORD OF THE FRAUD: COMMISSIONER FOR HIGHER EDUCATION, JUDE SINEBE CONNIVED WITH DELTA POLY, OGHARA RECTOR TO MILK INSTITUTION TO COMATOSE AS EFCC AND ICPC SET TO HOST HIM

The last may not have been heard about the monumental fraud currently rocking the Delta State Polytechnic Oghara, as its Rector, Clara Sogbaike, which our medium has exposed her fraudulent practices and diversion of students insurance fund, has been discovered not to be alone in this fraud, as investigation has uncovered the state commissioner for higher education, Jude Sinebe as an accomplice in the embezzlement process.

Recollect that Secret Reporters had published a detailed report of how the Rector,Clara and the governing council of the institution, led by another fraudster, Andy Asawota, and his gang of stealing members approved the sum of 3.3 million naira each for the purchase of generators for their private homes, where we published the voucher numbers of each member and payments received.

In a new twist, investigation shows that, after the commissioner was informed about the fraud, he paid deaf ear to it, and summoned the Rector and the council members to his office, where it was unanimously agreed that, he be carried along also in the looting.

The 3.3million naira was also approved and given to Sinebe, plus other cash which was also handed him, to be silent on the activities of the Rector and the council members.

In a petition to the Economic and Financial Crimes Commission, (EFCC) and the Independent Corrupt Practices Commission (ICPC) against the Commissioner for Higher Education, Jude Sinebe, dated September 14, 2016, which was received at the commissions’ head offices in Abuja, the petition alleges financial misappropriation against the fraudulent commissioner and alleged a high level complicity in covering up crimes in his ministry.

Watch out for the next report as we bring you update on how Jude Sinebe will be a guest at the EFCC and ICPC.