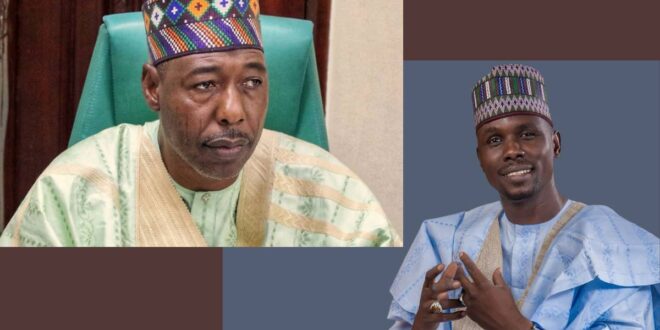 Lawmaker during the day, contractor at night: How Rep Member, Satomi Ahmed used federal might to collect two contracts worth over N700 million in his constituency in Borno State

Irrespective of the position of the law, it appears that the Governor Babagana Zulum’s Borno State administration, under the godfatherism of Kashim Shettima, believes more in sharing the State’s contracts among kinsmen.

Assessment carried out on the Borno State Bureau on Public Procurement by SecretReporters revealed that Borno’s Ministry of Works under the stewardship of Yerima Selah awarded two contracts worth N737,535,341.67 to Obtuse Technical Engineering and Construction LTD, a company owned by House of Representatives Member, Eng. Satomi Ahmed.

It is germane to note that Yerima Saleh, who was the Commissioner for Works as of when the contracts were awarded in 2020, was in December 2021 redeployed to the ministry of environment. The reason for his redeployment was not stated.

OBTUSE TEC ENGINEERING AND CONSTRUCTIONS LTD was incorporated in KANO, Nigeria with Registration Number 1114389. It was registered on 13 May 2013 and its current status is unknown. The company’s registered office address is PLOTC25, BUKROAD, KANO, KANO.

He previously served as the chairman of State Emergency Management Agency and head of Borno State Road Maintenance Agency.

What this means is that while he represents the people of Jere Federal Constituency during the day at the House of Reps, he returns at night to use his company to collect contracts in the same constituency.

Meanwhile, a check on the Corporate Affairs Commission shows that Obtuse Technical Engineering and Construction LTD is not active. According to CAC, “A company that has not been filing its financial returns within a specified time is classified as inactive.”

Only civil servant on a part time basis are permitted by law to engage in or participate in the running of a private business as directors or a private company.

Efforts to speak with Satomi Ahmed proved abortive as he did not take his calls.