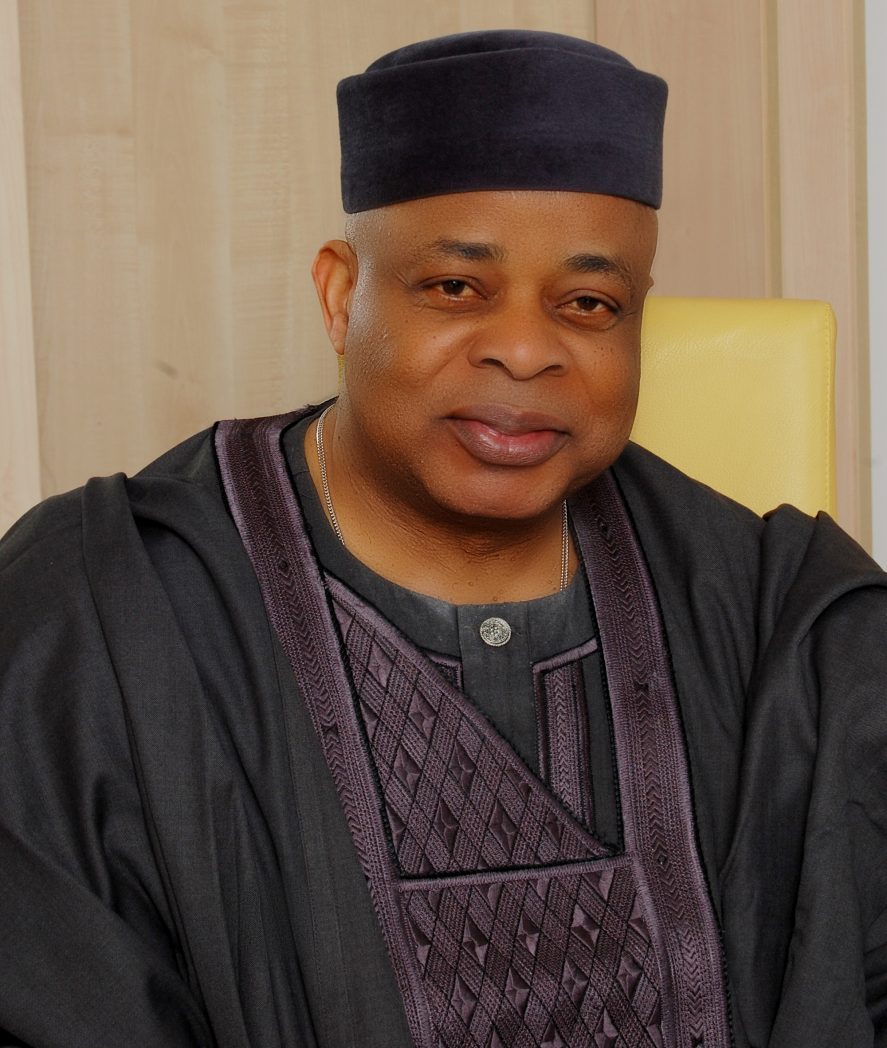 KENNNAMANI: BETWEEN AGGRANDIZEMENT AND ALTRUISM IN POLITICS

In a vain effort to justify his inhuman annulment of June 12 1993 Election, General Ibrahim Babangida sarcastically opined that “….I love my friends and my friends know that I love them. But when your love for your friends is in conflict with your love for your fatherland, your love for your fatherland supersedes”. But while some may argue that in politics it is only interest that is permanent, in the principle of ignoring the messenger and not the message, the import of the shallow defence is that national interest must tower far above personal or any other interests if we must get it right at all times. Also as valid as the preceding is, there are certain class of Nigerians that are presumed to be immune to the influence of certain poor standards of behaviour irrespective of the attractiveness of the situation. They are viewed through the prism of fulfillment having attained certain lofty heights or enjoyed immense benevolence of the society. They are adjudged to be occupying enviable and adorable places in the history.

These are men of impeccable character. Ken Nnamani is certainly among this highly-revered class in the hall of fame. Among the criteria that combined to mark him out for this rare status is the priviledge of having at one glorious time presided over the affairs of the Senate of the Federal Republic and by extension, the National Assembly. He is perceived to have seen it all, more so when he was ‘already made’ before venturing into the foray of politics.Yet, diligent examination of
his conducts since leaving office in 2007 offers sufficient grounds to dismiss his projected disposition as mere grandstanding. One had expected to have in him a role model and an embodiment of morality as well as democratic norms and tenets. These seemingly-over-shadowed parallel traits have particularly punctured the general belief regarding his sincere commitment as it were, to challenging the third-term bid of then President Olusegun Obasanjo. One can now safely challenge him to mention the empirica lroles he played to indeed prove that he was against that tenure elongation plot. Many, am sure are now of similar view. In retrospect, this feeling of doubt is reinforced by the observation that beyond mere sitting as the presiding officer he neither spoke nor voted against the controversial proposal. Otherwise, there is still no proof whatsoever that at any time or anywhere then, he campaigned against it in any form.

Clem Aguiyi writing on OBJ’s 3rd Term Agenda and the Masari, Nnamani’s story to the gods revealed that indeed “there was a 3rd term project of which former PresidentObasanjo was to be the sole beneficiary.  The project was wellfunded with Senator Mantu, the then Deputy Senate President as the mainarrow head.

Nnamani and Masari cooperated with Mantu, likewise Senators Mark and Tunde Ogbeha (including Senator Azu Agboti, Nnamani’s closest ally). Many law makers from both chambers of the National Assembly were heavily induced with some receiving as much as N50M. Because the
promoters of the agenda were over confident about their plan, which they thought to be fait accompli, they made the fatal decision to televise the proceedings live ontelevision so as to convince the public, especially the US and the UK thatObasanjo’s third term was a popular wish of the Nigerian people in the event the agenda scales through. Senator Ken Nnamani and then Rt. Hon Masari aspresiding officers could not do anything to change the tide of event when fellow
lawmakers overwhelmingly rejected the proposal on the floor”. And therefore to that extent, the much-touted toga of “killing the third term agenda” by Ken Nnamani remains afraudulent claim.Goingforward and despite the reputation challenges, Ibrahim Babangida strangelyfound a
willing ally in the person of a respected democrat, Ken Nnamani, inpursuing his presidential ambition. He campaigned withimmeasurable passion. Incidentally, that was Nnamani’s first major outing uponleaving office as senate president. I can however chide his detractors on theground that it was purely a choice and opinion to-which he was entitled, nodoubt. But there appears to be more than meets the eye on that respect.Inan article titled Ken Nnamani, PDP andPolitics of Consistent Inconsistency Fred Idoko remarked that “because he(Nnamani) has a way of attaining shallow relevance in most political situationsmany may still remember his launched attacks on
Goodluck Jonathan while rootingaggressively for General Ibrahim Babangida. When IBB candidature could not fly, he switched to Jonathan and openly disparaged his erstwhile comrades.

He was very visible in Jonathan’s government and was even appointed the Chairman o fInfrastructure  Concession Regulatory Commission as well as becoming a major beneficiary in the sale of PHCNfor-which he played active roles in the re-election bid yet he lost his ward and local government to other parties”.GoodluckJonathan eventually became elected president in 2011. Ken Nnamani as a memberof the People’s Democratic Party, PDP, board of trustees, BOT, was actively involved even to the point of heading the party’s convention that marked thebeginning of the end for the PDP. That was the very event that saw to the exit ofseven serving governors that eventually gave flesh to what was to become All Progressives Congress, APC. Among the harsh decisions of Ken Nnamani-ledcommittee was the production of just one presidential nomination form for Jonathan’s re-election thereby shutting out other aspirants. Once again, thosedescribing this as an act parallel to moral dispositions of heroes of democracy should realize that it amounts to denying Ken Nnamani his right to personaljudgement. On the strength of perceived Nnamani’s closeness to the then presidency he was aready mercenary of sorts in political battles of that era.

Back in his homestate Enugu, Governor Sullivan Chime exploited maximally Nnamani’s political gullibility. He was used to rationalize Chime’s onslaught against Ekweremaduand subsequent impeachment of Sunday Onyebuchi as deputy governor. As abuild-up to the infamous chicken
impeachment Ken Nnamani it was who represented Chime officially at the 25th February 2014 Southern Leaders Summitin Calabar preparatory to the National Conference, two weeks before the 2ndNiger Bridge Presidential flag-off which was one of the reasons Onyebuchi wasfaced
with impeachment.

Writing on Ken Nnamani and Enugu Chicken Impeachment, NicholasOzor lamented that “in one fell swoop, a man whohad gained undue respect on false democratic credentials and DNA for donkeyyears crashed from a false Olympian height, baring an ugly, crass political hypocrisy and irresponsibility by telling the world that Onyebuchi “brought thewoe on himself.……..It is a real shame that as far as narrow political interestsand patronages of Nnamani are intact, rule of law, common sense, justice, truth, equity and good conscience could go to hell”. Nnamani had in apparent veiled reference to Ekweremadu retorted ina Vanguard newspapers interview of August 22, 2014 that “those who advised him(Onyebuchi) to fight on are the ones he should hold responsible for hisimpeachment because he had the opportunity of resigning because that was thebetter option, but some people encouraged him to go on and gave himlawyers.  If he has now been impeached it is unfortunate, that is what he brought on himself…. He was being unreasonably stubborn…. It is a lesson on stubbornness.” Though the courts have since reversed the charade arguing that as a statesman, Nnamanishouldn’t have taken side on a matter that involved a governor and a deputysenate president of the same state and party would mean being unfair to a man who followed his conscience. After all, he was later rewarded with state delegate ticket to the 2014 National Conference.Then evidently typical of him, Ken Nnamani did not at any time oppose any policy oraction of Jonathan as president. In fact, he almost fought with the last pintof his blood to ensure Jonathan’s continuity. And also anybody that feigned ignoranceof the mobilization roles played by Ifeanyi Ubah-led Transformation Ambassadorsof Nigeria, TAN, towards re-election of Jonathan is being mischievous. The campaign crisscrossed every part of the country and even beyond, yet Chime andNnamani hoodwinked each other into floating their own Enugu Movement forre-election of Jonathan, EMJ ostensibly because Ekweremadu was visibly-associated with TAN. They staged a rally in Enugu during-which Nnamani arrogantly declaredthat whoever was not at that event “could not be said to be supportingJonathan” in yet another indirect reference to Ekweremadu. In all the campaign rallies in honour of Jonathan, Nnamani spoke glowingly for the re-election project.But shortly after President Muhammadu Buhari was inaugurated he made a u-turnand cried out that “I wasn’t as active as I should have been in the campaign. You can’t recall seeing me at any of our campaign rallies. What happened wasthat at a point, after the special national convention, where I was the vicechairman of the planning committee, I noticed an attempt to ridicule some ofus. When we came back from the Christmas holidays, I saw in the newspaper thatthey had put up the Presidential Campaign Organisation. But before then, we hadbeen invited to constitute the Presidential Campaign Council.

The Presidential Campaign Council was to be the highest campaign organ of the party for the purpose of that election. The Presidential Campaign Organisation was supposedto be reporting to the Presidential Campaign Council. The only meeting we heldas a council was on the day we were
inaugurated. I wasn’t particularly happywith the mood, the language and the face of the campaign. The onlytime I participated was when the campaign train came to Enugu, but I didn’t say much, if at all………..that I, Senator Ken Nnamani, was not happy with the moodand language of the
campaign. We outsourced our campaign to what I may call NGOs.  We were so lucky that other parties did not take us to the cleaners under section 221 of the Nigerian Constitution which states that it is only registered political parties that are authorised to canvass for votes.

But we had all kinds of organisations; non- registered political parties speakingfor the PDP and canvassing for votes ……..I am answering this questionbased on your insistence that it looks like I
distanced myself from my party.Yes, I did. Even at the presidential campaign flag-off in Lagos, I was absent.The language wasn’t the type of thing that I expected…… We allowed splintergroups to speak for the party. ….. We should not have spent time talkingabout certificate or no certificate. It was the responsibility of INEC andperhaps political parties to check the certificates of candidates. We should not have played the role of doctors about anybody being healthy
or not. That was not our business. So many things went wrong with our campaign utterances and unguarded adverts”.If this is not sheer hypocrisy or self-serving why did he not speak up when necessary or even honourably quit? Little wonder his colleagues at the NationalConference chose the very day his Constitution and Electoral Reform Committeesubmitted their report to hold an advocacy campaign for adoption of the 2014 confab report which enjoys wider acceptability.

Currently, Enugu State House of Assembly having been inundated with outcries is engaged with series of public hearing regarding the exploitative and fraudulent activities of Enugu Electricity Distribution Company, EEDC, which has Nnamani as a major beneficiary yet he keeps mum provided he smiles to the bank. And whereas there is no identifiable landmark for his long years of active politics, Iresist the temptation of believing the damning allegation that not minding that the highest academic qualification of his wife is West African Examination Certificate, WAEC, she is a member of Enugu State University Governing Council, and alsothat his vested interest in land grabbing was part of sacked Chief Judge ofEnugu State, Innocent Umezulike’s albatross. Inconclusion, if indeed the bane of our national development is sheer severance of morality from politics then with this baggage of self-aggrandizement tendencies weighing on him one wonders what value Ken Nnamani would be adding to the APC more so having been anointed the leader of the party in south-east geo-political zone.