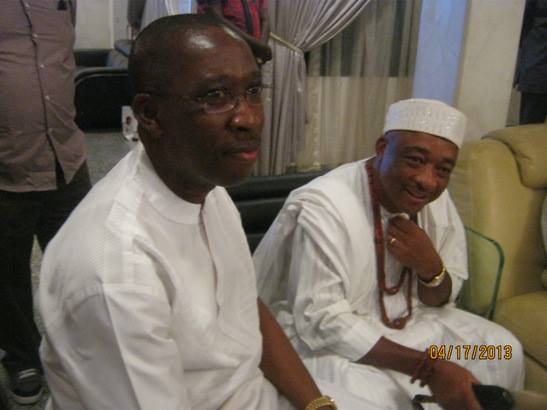 Barely seventeen months to another general election, Delta State Governor Mr Ifeanyi Okowa may go down in history as the first sitting governor in Delta State without a star project, even though he has excellent stride in the educational schools, especially technical colleges.

Despite the belief by Deltans that Okowa will bring respite to users of the popular Maryam Babangida Way which was awarded to ULO Construction, owned by Uche Okpun or who built the Motor Park Airport and embezzled billions through it, Secret Reporters has learned that it may never come to pass unless Okpunor handles it again.

The death trap awarded by Ex. Governor Emmanuel Uduaghan became a subject of discourse few weeks ago in Okpunor’s House in Abuja where he told his guests made up of politicians and political contractors of his plan to deal mercilessly with Okowa if he goes ahead to re-award the contract to another company.

Our source who narrated the event to us stated that Okpunor threatened to reveal some dirty details of the Governor to journalists should he sideline him. Okowa has howevered vowed to get the road constructed by a serious company as part of his achievements.

Okowa has already awarded some major parts of the Asaba Local Airport to Okpuno to be built to international standard in line with the BOQ but ULO has already cut corners by using hollow blocks to build the control tower and quickly covered it up through plastering. With the hollow block, those familiar with airport structure noted that it will soon collapse thereby causing death to those on duty when it happens.