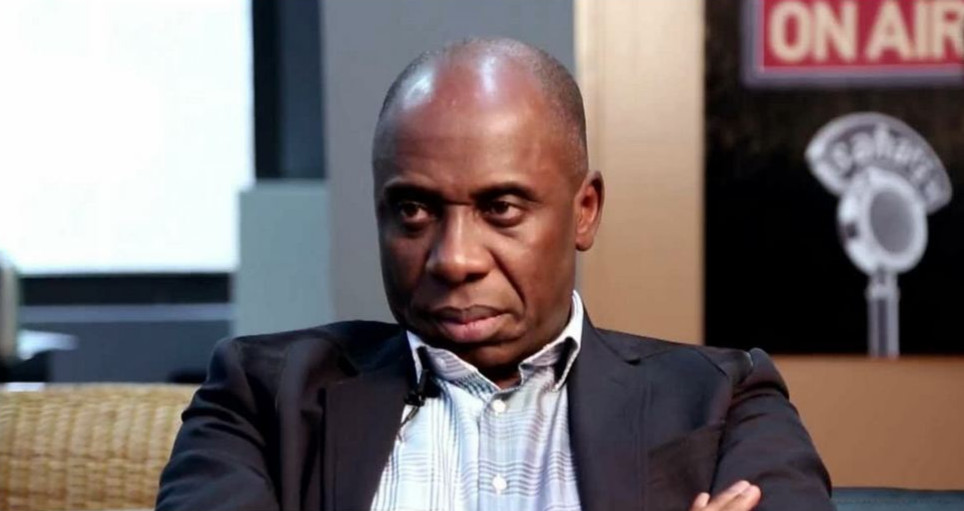 AN APPEAL TO ROTIMI AMAECHI, NIGERIA’S MINISTER OF TRANSPORT

On January 19, 2016, Rotimi Amaechi who is the minister of Transportation appeared before the Senate Committee on Marine Transport, headed by Senator Ahmed Sani, to brief the Senate panel on the activities of the agencies under his supervision.

During his appearance, he announced that the Federal Government had scrapped the Nigerian Maritime University, NMU, in Delta State.
He decollates the university. In his words “We are not going ahead with the University project (NMU), proposed by NIMASA because we have an institution in Oron (NMA), we have Nigeria Institute of Transport Technology (NITT) Zaria and we have the Nigerian College of Aviation (NCAT) in Zaria, which we could upgrade to a university status and NIMASA is proposing to build a new one.”

What the minister failed to understand is that this university, when completed will be the first and only maritime degree awarding institution in Nigeria. None of those institutions he mentioned are degree awarding.
To the best of my knowledge, they give diploma which cannot be compared in any way to degree qualifications.

It’s also very pertinent to note that neither the NITT, NCAT, NMA nor the proposed NMU share the same scope. While NIIT deals with trainings relating to Transport Technology, NCAT is mainly focused on aviation matters. NMA in Oron is for staff training for those already in maritime sector and offers diploma programs to those interested in having career the sector.

However, the Proposed NMU would be training professionals and experts in the Maritime field, meaning it has nothing to do with Aviation, which NCAT is meant to address nor that of NITT, neither is it to take the functions of NMA who award diplomas.

It will also save our scare FX because instead of people going abroad to India or Ghana to study for maritime degree, Nigerians will rather stay home to study for the program.

As with all universities worldwide, this proposed university would also create thousands of jobs; directly and indirectly thereby improving to an extent the lives of those around the area.

If we consider all these, I believe it would be very inappropriate for Rotimi Amaechi to cancel the project. I therefore call and appeal to those close to the minister to prevail on him to reconsider this decision.