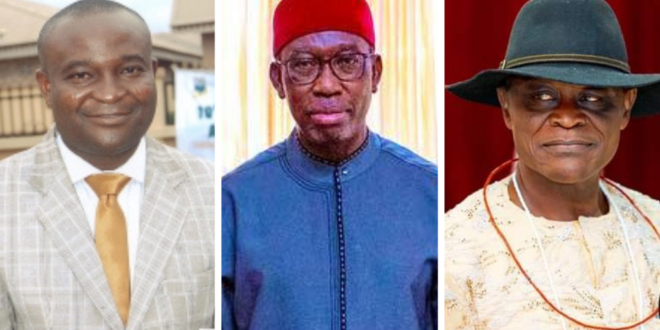 On 31st December 2021, while Nigerians were crossing into the New Year with excitement, the Bursar of the College of Education, Warri, Mr. Emmanuel Aforigho got an indefinite suspension letter from the school governing council, led by Ogbuefi Vander-Puye O.T Abanum.

While auditing the school’s account under the bursar, documents obtained by SecretReporters revealed that cash collection of fees has been abolished in the school long ago and in the advent of portal failure, they are requested to pay directly in the bank. This was not to be as the bursar kept collecting fees which showed the sum of N32 million in the used receipt booklets.

Another crime of Mr. Emmanuel Aforigho were lots of arbitrary payment of ad-hoc staff especially in the month of September 2021 with most of the staff paid twice, while staff who were meant to receive half payment were paid in full.

Despite the bursar himself not being on approved list of July 2021 payment voucher, bank statement showed that he paid himself via GTB-0047159872. Instead of paying staff their stipends for programme, he left the money in the bursary.

The sum of N5.6 million was seen as I.O.U reimbursement in the name of the bursar which is an aberration in accounting practice and the money was not paid into the school’s account.

The sum of N17.8 million was also seen as I.O.U in the name of the college bursar as well without purpose of such funds.

The recommendation for suspension, which was done by the school internal auditor, Mr. Umukoro Matthew was adhered to. Few weeks after, we gathered that he ran to his godfather, Professor Patrick Mouboghare, who is the Commissioner in Charge of Higher Education, Delta State. Mouboghare subsequently warned the school governing council board of trustees to interfere with the bursar’s office and directed that the suspension letter be withdrawn.

He invited the management of the school to Asaba on 11th January 2022 where he asked that the corruption case being investigated be swept under the carpet, while the bursar resume his duties pending the committee’s final report. The order was swiftly carried out.