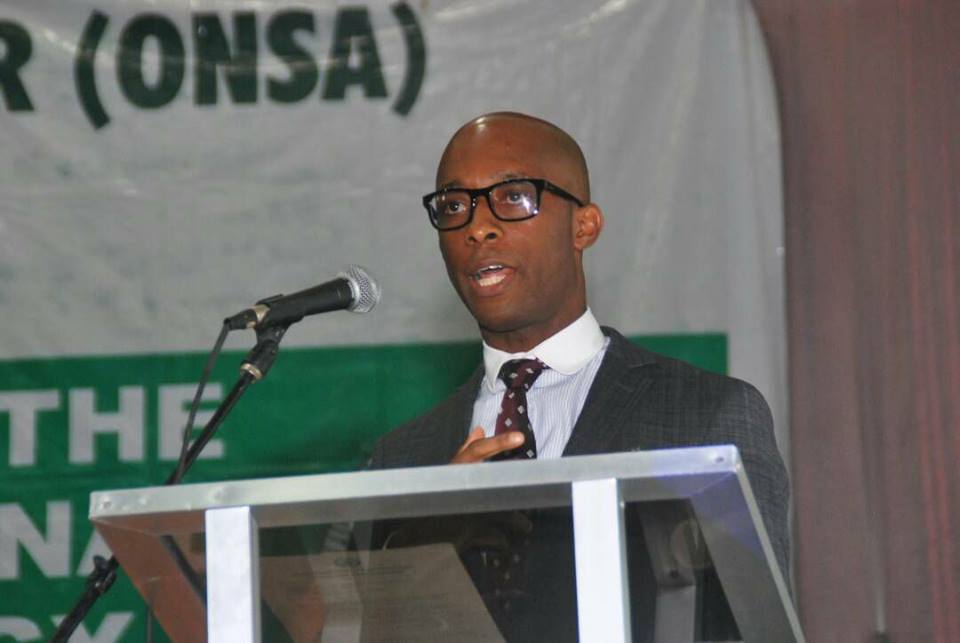 The Speaker of the Akwa Ibom state House of Assembly, Rt. Hon (Barr) Onofiok Luke, has commended Federal Government’s proposal to award oil blocks to individuals and states of the Niger Delta region. He called on the states of the region to tap into the economic prospect of the proposal through ensuring that they acquire the blocks.

Speaker Luke said this on Monday at the National Sensitization Workshop on the Implementation of The National Counter Terrorism Strategy (NACTEST) organised by the Office of the National Security Adviser (ONSA). The workshop is holding in Uyo.

The Speaker also commended President Muhammadu Buhari’s effort in fighting insurgency in the north east as well as ensuring peace in the Niger Delta region through negotiations and opening up of positive conversations.

“I commend the President for his effort in fighting insurgency in the country. I use this opportunity to call on those who have to opportunity to make contributions to the fight to not sabotage the president’s effort.

“I also commend the sacrificial efforts made by our gallant security personnel in the fight against insurgents. The sincere efforts of the federal government in maintaining peace in the Niger Delta region is evident in the recent visit of the Vice President to states of the region and the painstaking efforts by the federal government to engage stakeholders.

“The proposal to award oil blocs to states and individuals from in the Niger Delta region is commendable. I urge states of the region to participate in the acquisition of the oil blocs. It is my expectation that Federal government will follow up this proposal by ensuring that the marginal fields awarded to our states are economically viable.

“In turn, states governments with the oil blocs should ensure that equities in these blocs are given to oil producing communities in their domains.

“I don’t share political affiliation with the president but when I see something good that he has done, I have to say it. The opening of talks with the Niger Delta is a commendable effort towards peace-building and I hope that this will continue sincerely.