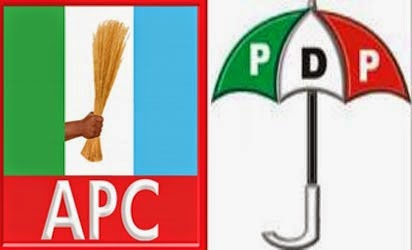 Just Before The APC Funeral in Akwa Ibom State,

About a week ago, I wrote a well publicised and well received piece titled: ‘2015: Why Jonathan and PDP will Lose in Akwa Ibom State’ As expected, the piece generated so much debate within the intellectual and political circles. While many aligned with my postulations, others rejected it entirely as an unrealisable fantasy. I have observed that the APC, which should ordinarily be the ultimate beneficiary of my prophetic declaration, is so seduced and flattered by her chances to a point of crass insensitivity and naivety.

Thus, this piece is intended to remind the APC clearly that inasmuch as our people are fade-up with the barbarism of the PDP, there is no magic wand for them in Akwa Ibom State come 2015. This is more apposite given the need for the APC to present a very credible candidate to teaming electorates at the polls.

Former gubernatorial candidate of the defunct Action Congress of Nigeria, ACN, (now APC) and leader of the All Progressives Congress (APC) in Akwa Ibom State, Senator James John Akpan Udoedehe is a very brave man. However, he is on a self-destructive path of attaining a record as the most insensitive, greedy and egocentric politician in recent political history.

I read with disgust the news that Sen. Udoedehe has been cleared by the APC to contest the forthcoming governorship primaries of the party in the state. Though it is within his constitutional right to aspire and contest, it is also within the constitutional right of the electorates in Akwa Ibom State to reject him.

During the 2011 elections, Sen. Udoedehe gave the then docile opposition in the state a new life which saw the emergence of one state and one federal legislators on the platform of the ACN despite the massive daylight rigging orchestrated by the PDP with the total support of state apparatus and institutions.

He later went to the Elections Petitions Tribunal to seek redress against the electoral malfeasance. Unfortunately, his petition was never heard or determined on the merit having been caught by the 180 days timeline set by Section. 285 of the 1999 Constitution of the Federal Republic of Nigeria (as amended) for the hearing and determination of election petitions. The rest as they say is history.

Admittedly, during the 2011 elections, Udoedehe had enormous support from the masses of Akwa Ibom State who were and are still very tired of the atrocities and sins of the Governor Godswill Akpabio-led administration.

However, a lot has changed between then and now. One issue that will always haunt Udoedehe’s political journey is his contempt for differing views and ingratitude to followership. A man with an almost incurable penchant for abandoning supporters after elections should never be entrusted with power. Politics is about the people. Those who died, and others who risked their precious lives for Udoedehe in 2011 had long been abandoned by him. At least, I have personally engaged some of them and their stories is most pathetic.

Do not get me wrong, I am not saying he should have enlisted them in his payroll or fed them daily. The fact is that he just neglected and relegated his supporters as if there would be tomorrow. Also, there is this very hotly debated issue about his fidelity with resources, especially monetary.

His aspiration to contest the 2015 gubernatorial election in Akwa Ibom State on the platform of the APC is very insatiable and has clearly shown that he does not have modicum understanding of the dynamics of opposition politics. The Udoedehe of 2011 who had a cult-like followership is so different from the Udoedehe of today that can hardly command a little crowd.

The problem with Udoedehe is that he thinks so much of himself, he has an over-bloated ego which might degenerate into acute messianic delusion if he presses on with his ambition.  This is the reason why he cannot see that Akwa Ibom people have rejected him. He does not command the kind of support and acceptability that he had in 2011anymore.

It will be a historic political miscalculation if the APC for any reason, nominate him as their candidate. That will effectively truncate the hope of the party to defeat the PDP. By that action, APC would have successfully traded away her very bright chances in the state. It will imply a congratulatory message to Akpabio, Udom Emmanuel and the PDP.

Whoever is advising him to run again does not love him and his party. He is already the leader of the APC in the state. What is expected of him now is for him to provide the needed political impetus to a fresh, more popular and acceptable candidate and lead his party to victory.

Senator Udoedehe being an experienced political actor should know that in the game of politics, it is one thing to be a king maker and another thing to become the king. He fits more into the former. After all, he is one of the most significant characters that laid the foundation for the emergence of Governor Godswill Akpabio in 2007. It is not enough that he has apologised to Akwa Ibom people for his role in 2007, it is also historically imperative for him to see to it that a decent and saner character succeeds Akpabio in 2015.

I have interacted closely with Udoedehe’s closest allies, especially those who put their lives on the line for him during the last election, and their verdict is unanimous; Udoedehe is doomed to fail.

If the APC cannot give us a credible alternative to Gov. Godswill Akpabio’s evil third term plot, then we can as well kiss democracy goodbye in Akwa Ibom State. The 2015 election is not about the Ibibios, it is not about Uyo Senatorial District; it is about the liberation of our state from the clutches of a terribly violent, decayed and flawed dictatorship.

Sen. Udoedehe, in the interest of the long suffering masses of Akwa Ibom State, do not run in 2015. Allow a more marketable and charismatic person, irrespective of tribe and senatorial district to run. But if you insist on running, I wish you good luck though without the support of myself and those who share my perspective on the state of governance in our dear state.

Some of us are disenchanted with the fraud, killings, looting and mass poverty that the PDP has brought into Akwa Ibom State. We are seeking a change even if it requires going for a lesser evil. And since the other political parties are not functioning, the choice is basically between the PDP and the APC.

Though I am not a member of the APC, I have better reasons to support the party over the PDP, particularly in Akwa Ibom State. Those saying that “an Islamic party cannot win in Akwa Ibom State” are talking nonsense. Those are people who defecate from their heads and reason with their anus.

Has anyone in Akwa Ibom State or elsewhere ever been given a copy of the Koran for joining, supporting or voting for the APC? Is the APC secretariat in Akwa Ibom State situated inside the Uyo Central Mosque? Such dirty propaganda is being spread by people who are so used to slavery and the status quo that they are so scared of a change.
If you say the APC is an Islamic party, is the PDP then the Christian party? Nonsense.
This is a subject for another day.

I pray that this message will be well construed and taken in good faith because in the final analysis, Akwa Ibom people will not be willing to replace a deadly and deceitful dictatorship with a more fearful dictator.

I rest my case.

Previous Delta State Governor plans total sweep in guber primaries like legislators own
Next PHOTO NEWS: Delta Guber aspirant who could not construct bad road in front of his house seeks mandate